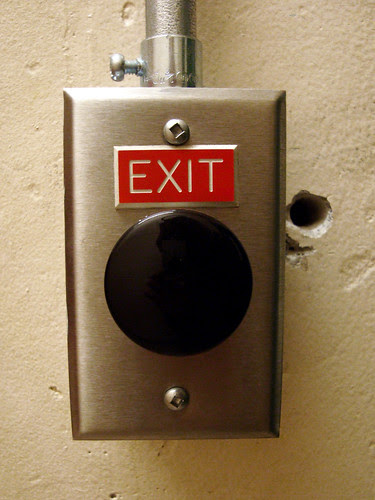 In my previous post, I hinted that I might be considering bringing together my disparate blogging activities here, at Life Science Tools of the Trade, and at the Occam's Typewriter Irregulars.

Please welcome the brand-new, shiny, Adventures in Wonderland, kindly hosted by my friends over at Occam's Typewriter. You can read a bit more about the history behind the move in its inaugural post.

This dear old Ricardiblog will continue to live here, but I will no longer update it. Please feel free to visit me at the new place. I'll probably be tweaking it and poking it for a while, so don't be put off if things work a little differently. It's still me behind it all.
Posted by Richard Wintle 1 comment:

Time for a little lazy blogging to get the year started.

Last year, I jumped on a little meme that Cath directed me to, namely the idea of listing the first sentence of the first post of each month. It failed a bit, since there were three months where (shock!) I didn't post a single thing. This year, surprisingly enough, isn't as bad, although June has gone AWOL and many of the entries aren't actually sentences at all.

January. About the hockey pool: "Yes, the holiday break is over, and all excuses about 'being away from the internet' or 'being too sleepy/full/hung over to make my picks' are now invalid."

February. Lazy cross-posting: "If anyone's interested, I've put up a new blog post at Life Science Tools of the Trade."

March. I re-designed the blog's template, and posted a photo of a fish: "Today's news - nothing much, just a template re-design."

April. It's not even a real sentence, but it's about LinkedIn's April Fool's Day joke: "...on visiting my LinkedIn profile today."

May. An exhortation to go and vote in the Canadian federal election. I've cheated here, by including both a fragment, and the real sentence that follows it: "May 2, 2011. Federal Election Day. Get out and vote... please."

June. I didn't blog a thing in June, apparently.

August. A summary of the Indy race. I've cheated again, since the first bit of writing is actually a photo caption. Here's the first full sentence from the body text: "I'm a bit late, the race having taken place in mid-July, but here's the beginning of my synopsis of this year's Honda Indy Toronto weekend."

September. Another sentence fragment, about fish: "...to bring you two new arrivals at Château Ricardipus."

October. This isn't a full sentence either! "The 2011 edition of the annual pumpkin photo:"

December. More photography, and yet another incomplete sentence: "An impromptu project to capture some of the energy of Toronto's streets, financial districts and commuter hubs."


All that cross-posting kind of makes you think I ought to concentrate my efforts on one blog, not three, doesn't it?
Posted by Richard Wintle 2 comments: